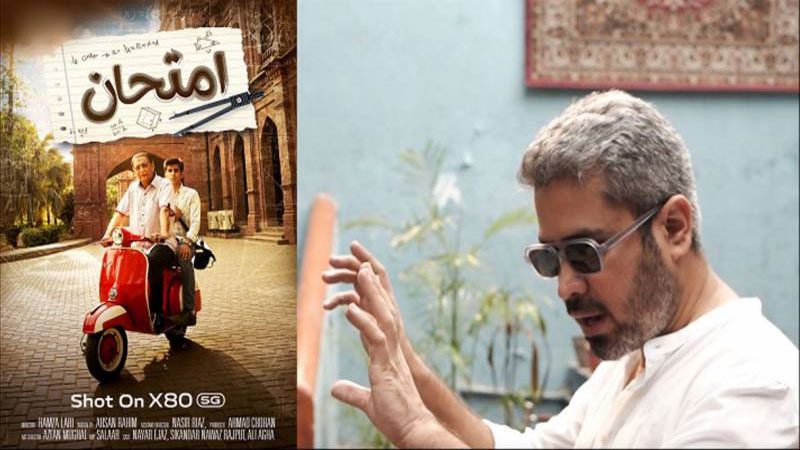 vivo, a leader in the global smartphone industry recently launched its X series flagship smartphone — the X80. The X series is vivo’s answer to the changing photography scenarios and the increasing demand of more professional grade cameras in the market. The X80 is the latest and most superior device when it comes to the camera innovation and technology.

Keeping in mind the recent scenario, not everyone wants to own a digital camera to take pictures and shoot videos. They want something that is handy and can be kept in their pockets at all times. What’s better than having a smartphone that meets all the users’ requirements of professional grade photography and cinematography? Most people would definitely prefer buying a smartphone rather than investing deeply into the high price professional cameras.

This is how the X80 is the answer to the ever-existing demand and a plea for a smartphone that does it all. To showcase this smartphone’s capabilities in cinematography, vivo teamed up with renowned filmmaker Hamza Lari to give birth to a short film “Imtehan” that is entirely shot on the X80.

By watching the film, one can take an idea of how the X80 delivers results that have never been seen before in the smartphone camera industry. The main intention behind this short film was not just to showcase the capabilities of the X80 but also to give rise to a sentiment within young filmmakers and audience that it is not necessary for a talent to grow with just professional grade equipment. vivo offers its smartphone for people to express their emotions, journeys and ideologies with their own videos and images shot through this device that gives wings to dreams.

vivo X80 offers this power to people especially young cinematographers and photographers to make their dreams come true. The power to be professional through just a device in their pockets. It is magical how a single device can turn the entire industry upside down through the sheer power of its innovation and technology. It is not wrong to say that ZEISS and vivo has created the X Series that will be at the top of the smartphone camera industry for ages to come.

Coming back to the short film by Hamza Lari, every single moment captured in the film, brings out the raw emotion that the actors wonderfully portrayed. Every angle and direction that Hamza visioned, has brought this entire short film to life, no wonder it has created such a buzz on social media. People are praising Hamza Lari for his art and the vivo X80 for its technology and ease of use.

The techniques used by Hamza is nothing that can’t be used by anyone else. This is the beauty of X80, as it makes the simplest of skills into something that is bound to create magic. vivo achieved its goals of making X80 easy to operate yet resulting in a masterpiece.

This is only possible through vivo’s technology and features like the triple setup camera that has a 50MP Ultra-Sensing Sensor Camera, 12 MP Portrait Camera and a 12 MP Wide-Angle Camera. The vivo’s inbuilt V1+ Chip takes the image quality to a whole new level. ZEISS plays a huge role in this device due to its mind-blowing ZEISS Cinematic Video Bokeh, ZEISS T* Coating, and the ZEISS Superb Night Camera.

In conclusion, one can say that the X80 takes the game to a whole another level yet maintaining the simplicity of using a smartphone. vivo’s goal and intentions are very nicely portrayed in this device that makes every man a professional photographer and a cinematographer.