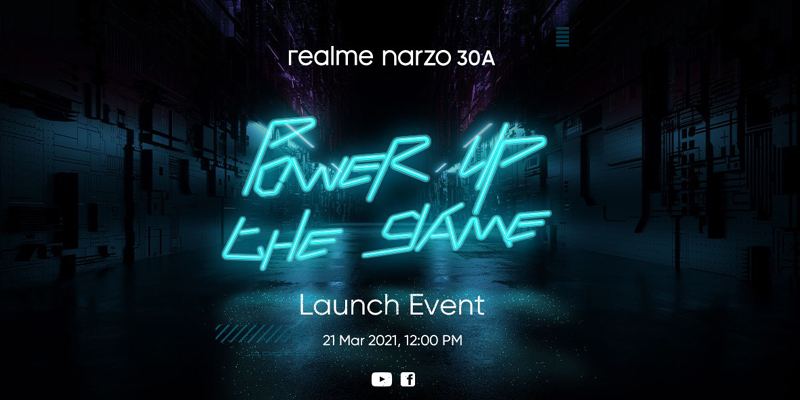 The young and trendsetting technology company, realme continues to bring remarkable technology at a cost-effective price. The brand shall be launching its Gaming phone realme Narzo 30A with MediaTek Helio G85 processor and 6000mAh Mega battery. The launch will be held on realme’s Official Facebook page on March 21, 2020, at 12.00 pm.The phone will be exclusively available on Daraz.pk only. It is going to be the best gaming phone for mobile gamers under the price of PKR 25,000. 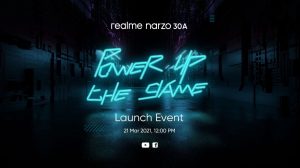 For the past two years or so, realme has worked hard to bring the latest technology and innovative lifestyle products to Pakistan. The young and trendsetting smartphone brand always brings cutting-edge technology, advanced camera, fastest charging, and an overall superior experience to all its fans. The Narzo series is realme’s “performance series” and has already launched three models for the Narzo series globally, including realme Narzo, Narzo 20, and Narzo 20 pro.

Narzo phones have a powerful processor that helps facilitate every young user. The latest successor from the series, Narzo 30Awill be featuring a MediaTek Helio G85 processor with a 12nm Octa-core 64bits Processor and 200000+ Antutu Benchmark, a 6000mAh Mega battery, a larger display, and other amazing features. The phone is expected to be the ultimate choice of gamers as it provides the smoothest and efficient gameplay. 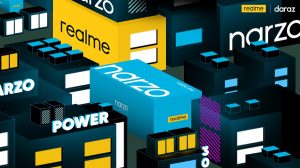 Narzo 30A with the powerful MediaTek Helio G85 shall be launching in the Pakistani market on March 21 at 12.00 pm. It is going to be a treat for mobile gamers as it is priced in the mid-range segment. Do not miss the live launch event on realme’s official Facebook page to get a glimpse of this incredible phone!